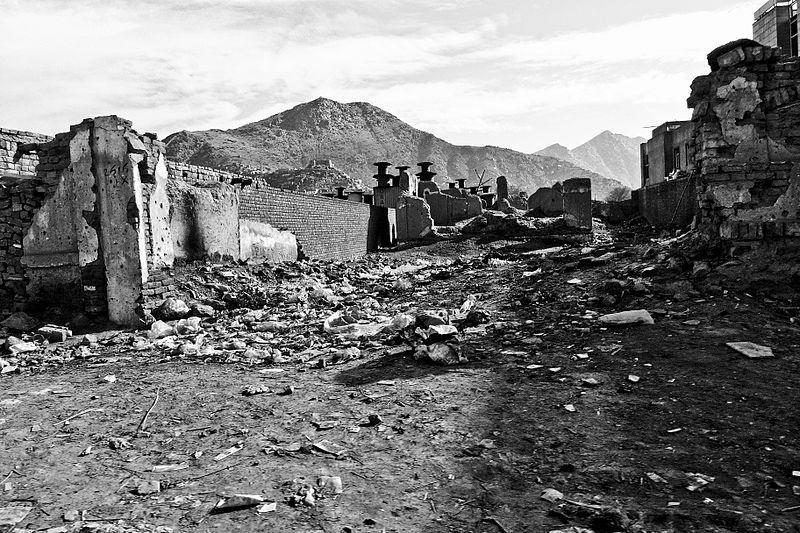 Michael Fredholm brings us un update on Afghanistan, the Afghan Taliban and the recent peace agreement. Read his book ‘Afghanistan Beyond the Fog of  War‘ for a fascinating account on this topic.

On 9 November 2018, representatives of the Afghan Taliban took part in an international meeting in Moscow with Russia, China, Pakistan, Iran, India, the five Central Asian republics, and the United States, which formally attended with observer status. The High Peace Council (HPC) of Afghanistan, established by the country’s former president Hamid Karzai, participated, too. The Afghan government was not formally represented, but the Minister of the Interior, Wais Ahmad Barmak, was in Moscow during the negotiations. The Afghan government had made an unconditional offer of peace to the Taliban, and the Minister regarded the meeting favorably. The Taliban delegation was headed by the Deputy Chairman of the HPC, Hajji Din Mohammad, and included Sher Mohammad Abbas Stanikzai, head of the Taliban’s political council in Qatar. Stanikzai, who speaks English, had in his then role as Taliban acting foreign minister already in 1996 visited Washington, D.C., to ask the Clinton administration to extend diplomatic recognition to the Taliban. After the Moscow meeting, the Taliban described it as a ‘positive step towards resolution’. There was quiet optimism in the air. Perhaps a negotiated peace was within reach, after all?

A year later, the picture again looked bleak, in particular for the increasingly isolated Kabul government which feared losing its American military and financial support. On 2 September 2019, the United States and the Taliban concluded their ninth round of negotiations in Doha, the capital of Qatar, with a statement by the U.S. envoy Zalmay Khalilzad saying that a peace agreement had been finalized ‘in principle’. Yet, within days U.S. President Donald Trump suddenly called off a planned meeting with the Taliban as well as Afghan President Ashraf Ghani at the Camp David presidential retreat. Ostensibly because of the death of an American soldier in a recent Taliban attack, there were other considerations as well, including the upcoming anniversary of the 11 September 2001 terror attacks and the fear that a negotiated peace that entailed the withdrawal of U.S. military forces would result in the fall of the Kabul government.

Then, on 21 February 2020, the Taliban announced that a peace agreement had been reached with the United States, which would be signed on 29 February. The Kabul government had not participated in the talks, nor was it party to the agreement. Sure enough, U.S. Secretary of State Mike Pompeo announced that a partial truce would begin. A week later, on 29 February as planned, the United States and the Taliban signed the agreement at a meeting in Qatar. The Taliban referred to the agreement as ‘Termination of Occupation Agreement’ and a ‘collective victory of the entire Muslim and Mujahid nation’, while the U.S. Trump administration called it an ‘agreement for bringing peace’ to Afghanistan.

The Taliban had long refused to negotiate with the internationally recognized Kabul government, calling it a ‘puppet regime’ without real power, and demanded a full withdrawal of foreign military forces. The Taliban demand focuses attention on the core issue of the peace process. While the Taliban are most unlikely to gain a military victory, as long as at least one or two foreign states support the Kabul government with aid and military support, a negotiated peace will likely lead to direct Taliban control over at least the southern and southeastern provinces (primarily Helmand, Kandahar, Paktia, and Paktika). The Trump administration, in agreement with the previous Obama administration, wants to withdraw its soldiers from Afghanistan. The Taliban want them gone, too. But if foreign support is withdrawn, the Kabul government lacks the means to maintain control of more than fragments of the country. Afghanistan has a long history of dependence on foreign support, and remains dependent on foreign aid. The lack of a sustainable economic base remains the key problem for making a viable country out of Afghanistan. Domestic revenue accounts for only a small share of total public expenditures, including security expenditures. The rest comes from foreign donors. Overall economic prospects remain poor.

Moreover, a serious predicament with a reconciliation process is that it implies not one but multiple peace agreements and political settlements. The insurgent movement is fragmented and decentralized. Like the Soviets found out in the 1980s, separate deals will have to be made with each major field commander. Besides, any deal with an insurgent commander will necessitate corresponding deals with his rivals, that is, those local powerbrokers presently on the side of the Kabul government. Afghanistan would become a quilt of local deals and settlements, and any outbreak of personal or ethnic rivalry could threaten to unravel the negotiated solution. Afghanistan might become what on the surface appears to be a sovereign and centralized state but in reality would be an extraordinarily weak state, with areas under tribal control and armed but scattered bands of Islamic extremists paying homage to Al-Qaida or the Islamic State. The most likely future for Afghanistan accordingly is a military stalemate or recurring civil wars. No wonder that the Kabul government regards its prospects as bleak. Meanwhile, expect less, not more, detailed information on what happens in Afghanistan, when foreign military forces pull out and the attention of the world moves on.

Michael Fredholm is the author of ‘Afghanistan Beyond the Fog of War‘, published in 2018, and the editor of ‘The Shanghai Cooperation Organization and Eurasian Geopolitics‘ from 2012. Fredholm is a historian who has published extensively on Eurasia’s history, security policies and energy sector developments. He has worked as an independent academic advisor to governments and many others for more than two decades and regularly has been called upon to train Swedish and Coalition intelligence officers of the military contingent in Afghanistan.

‘Gender and the Path to Awakening’