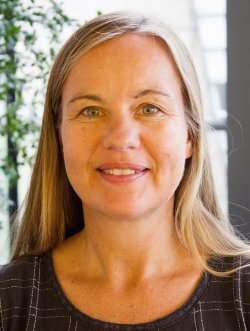 We are thrilled to share the latest episode of the Nordic Asia Podcast, co-hosted by NIAS in Copenhagen and CEAS in Turku.

In this episode of the Nordic Asia Podcast, Duncan McCargo has a conversation with Helene Maria Kyed, the editor of the upcoming book Everyday Justice in Myanmar: Informal Resolutions and State Evasion in a Time of Contested Transition. The book will be published by NIAS Press on August 31st 2020 and can be pre-order from early August.

In the podcast, Kyed shares her insights on the project behind the book,  justice, and informal resolutions in Myanmar. Based on a unique collection of ethnographic studies, Everyday Justice in Myanmar is the first book to explore how ordinary people in Myanmar access justice and resolve disputes. You can read more about the volume here.

‘For five years, we have been working on understanding, from local villages and neighbourhoods, how people in Myanmar understand justice, how they pursue justice when they face crimes and social disputes.’ While these might seem quite simple questions, these lead the team to ‘ask bigger questions about state-societal relations in Myanmar at this time of transition’ says Helena Maria Kyed.

In the first year, the researchers could not gain access to where they wanted to eventually carry out in-depth ethnographic fieldwork. For this reason, they began a ‘trial’ fieldwork period in Yangon areas, and slowly moved to Southeast Myanmar and Lowland, aeras with either ceasfires or so-called ‘mixed control’ areas, where the ethnic armed organisations have some sort of influence in the government. It was only much later that the team made its way to areas that are fully in control of ethnic armed organisations. Two and a half years into the project the ‘EverJust’ team started doing fieldwork in self-administered zones. ‘It was a gradual process and it took a lot of patience. We did not simply fill a form and send it to a government office, it was a process of building trust’, says Kyed.

Regarding methods, Helena Kyed highlights that their ethongraphic fieldwork  did not take the classic shape, in which researchers stay in one area for 12 or 14 months. ‘We had to go on several visits, first for only two or three days, then we came back for longer periods’. This allowed the researchers to build trust in the different fieldsites.

Listen to the episode for more details about this fascinating book and project, and visit the DIIS website for more information about the EverJust project.

Subscribe to the Nordic Asia Podcast in Spotify, Apple Podcasts and all others podcast apps.

For reviewers: if you are interested in reviewing this book for a journal, please send us an email at books@nias.ku.dk.