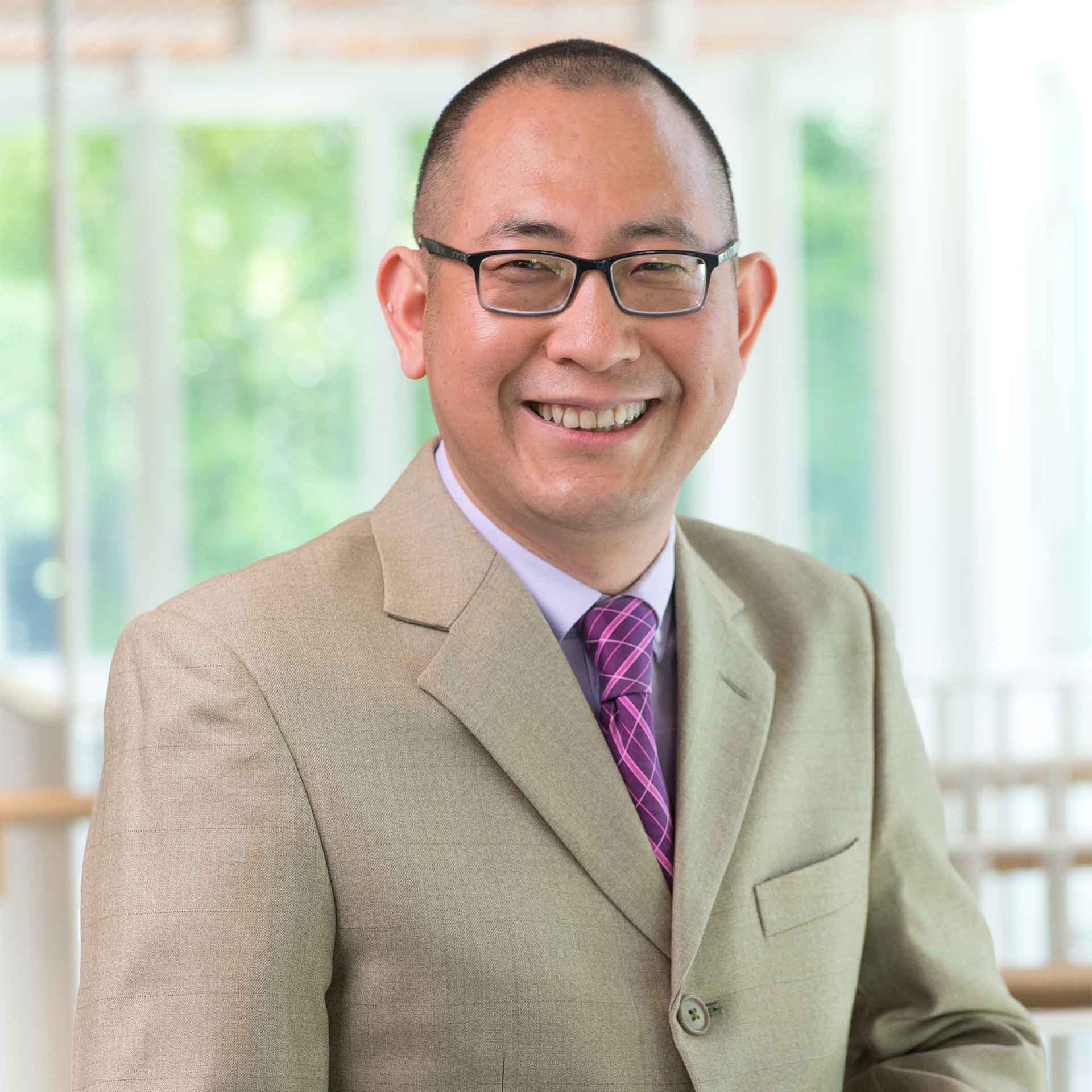 In this blog entry, author Hongwei Bao introduces his two books on queer Chinese cultures and reflects upon how he documents China’s LGBTQ community history and conceptualises a postsocialist queer politics in the context of a neoliberalising China.

I see myself as a queer historian and I conduct research on contemporary queer history in the PRC context; that is, the history of LGBTQ people in the post-Mao and postsocialist era (1978 to the present). There has not been much research on this part of history to date. Most historians focus on queer history before this era because the post-Mao period is considered too recent and still ongoing to be given a definitive account. There have, however, been numerous studies of contemporary Chinese queer cultures, primarily from sociological and anthropological perspectives, focusing on the everyday practices of LGBTQ people in the PRC and the Sinophone sphere. This includes Queer/Tongzhi China: New Perspectives on Research, Activism and Media Cultures, published by NIAS Press in 2015.

My first book, Queer Comrades: Gay Identity and Tongzhi Activism in Postsocialist China (NIAS Press, 2018), was therefore among the first scholarly monographs that examine gay identity and queer activism since the 1980s as history. In Queer Comrades, I situate gay identity and queer activism in the post-Mao and postsocialist contexts, tracing the emergence and development of these identities and activist practices, and documenting important people and events in the past forty years.

Queer Comrades thus offers a ‘genealogy’, or constructed history, of the emergence of gay identities and queer desires in contemporary China. It focuses on the development of an indigenous — and undoubtedly glocalised — form of Chinese queer identity: tongzhi (literally comrade, meaning gay or queer). The term and its associated identity of tongzhi is worth studying because it is an identity primarily used in the LGBTQ social movements in the PRC and the Sinophone sphere, and therefore it is political, activist and transnational; it goes beyond a conventional understanding of sexuality simply being a personal preference or sexual act. It is also fascinating because the term was appropriated from China’s Maoist and socialist era (1949 to 1978) – originally a political identity designating a collective and socialist politics – and transnational LGBTQ movements in the Sinophone sphere. I find this identity and its associated politics fascinating. I am primarily interested in how the term has been used in contemporary China’s LGBTQ movement and what are the connections between the socialist comrade identity and the postsocialist queer identity, if any, apart from the term’s obvious Sinophone connections. Hence the book Queer Comrades.

Many queer activists in the PRC may or may not be aware of China’s socialist history, and yet they selectively — and often unconsciously — appropriate terms and practices from China’s socialist politics for their use. This is interesting because this type of tongzhi activism is less reliant on the identity-based activist strategies commonly seen in the West, such as ‘coming out’, pride parades, parliamentary lobbying and ‘pink economy’; rather, it focuses more on consciousness raising, grassroots mobilisation, coalition building, as well as contingent activist tactics, all of which are strategically drawn from China’s socialist experiences as well as transnational LGBTQ movements. Tongzhi thus embodies the potential to challenge the ‘global gay’ identity and politics based on liberal and neoliberal values. In other words, tongzhi marks a type of non-liberal queer identities and politics in China and the Global South; it has significant implications for decolonising, de-Westernising, and re-imagining transnational queer identities and politics.

What is activism in the PRC context where political activism is increasingly discouraged and even repressed? Can we think of activism in the same way as how the term is understood in a liberal, Western context? What is the role of culture — and community culture in particular — in developing contemporary China’s queer activism?

Since its publication, Queer Comrades has been positively received in the academic communities. In a period of two years, the book has been reviewed by around twenty scholarly journals and websites covering a wide range of academic fields including China/Asia studies, gender and sexuality studies, media and cultural studies, sociology and anthropology, and cultural geography. At the same time, I was working on my second book, partly because I realised the urgency and importance of documenting and analysing the booming — rapidly developing and yet also fast disappearing — queer cultures in contemporary China, partly because I needed to answer a question I had from my first book: What is activism in the PRC context where political activism is increasingly discouraged and even repressed? Can we think of activism in the same way as how the term is understood in a liberal, Western context? What is the role of culture — and community culture in particular — in developing contemporary China’s queer activism?

My second book, Queer China: Lesbian and Gay Literature and Visual Culture under Postsocialism (Routledge, 2020), offers a critical account of queer cultural production in contemporary China, including queer literature, art, film, and performance. It has constructed a cultural history of the LGBTQ communities in the post-Mao and postsocialist China. Although there have been individual research articles dedicated to the study of queer Chinese cultural texts, this is the first book-length study that examines queer literature and visual culture in the contemporary PRC context.

My goals for this book are as follows: firstly, to document key queer cultural texts in the PRC since the 1980s. I consider it an important  job for me as a cultural historian to resist forgetting and historical erasure by writing the history down. Secondly, to argue for the crucial role that culture plays in contemporary queer activism. In a context where explicit forms of political activism are forbidden and restricted, cultural activism becomes a context specific and culturally sensitive form of queer activism in the PRC. But cultural activism applies to other social and cultural contexts too. In the transnational LGBTQ movement, we are often too preoccupied with political agitation and rights advocacy, most of which are based on an essentialised notion of identity. In contrast, cultural activism is different: it is less dogmatic, rigid, and more open and flexible. It has an affective dimension that makes LGBTQ movements interesting, approachable, and attractive, meanwhile attending to the complexities and nuances of people’s experiences and connections. Cultural activism is therefore an indispensable component of transnational queer activism.

Thirdly, to challenge the gay identity politics associated with a Western form of LGBTQ identity and politics, and to imagine a post-identitarian and socialist type of queer politics. Most of the cultural texts I analyse are about and ‘beyond’ identities: as these texts construct identities; they also challenge and subvert identities. This post-identitarian queer politics has significant implications for imagining an inclusive, coalitional, and transnational form of queer politics that sees political goals and social processes (instead of identities) as its starting point and basis for action.

On top of all these, Queer China also launches a sharp critique to the neoliberal capitalism that rests on identity politics and the China/West, Global North/Global South geopolitical divisions. It contextualises the (re)emergence of gay identities and queer desires in the PRC in the post-Mao and postsocialist era. Arguing against a simplistic ‘repressive hypothesis’ – that is, LGBTQ people’s sufferings during China’s Maoist and socialist era, and their ‘liberation’ in the post-Mao and postsocialist era when China re-entered the global capitalist economy — Queer China pinpoints the ideological complexity of gay identities and queer desires in contemporary China. These identities and desires are products of a state-endorsed neoliberal capitalism and they witness China’s dramatic social changes under global capitalism: from ordinary people’s loss of a secure livelihood and social warfare, to the emergence of the middle class and elite class; from the collective forgetting and erasure of class and socialism, to the enthusiastic endorsement of sexual difference, conspicuous consumption and pink economy. In this context, queer cultural production and consumption not only reflect these ideological complicities and struggles; they also articulate socialist longings and utopian aspirations. These hopes and optimism deserve our attention amid the despair and pessimism of neoliberal subjectivation in our times.

Queer China launches a sharp critique to the neoliberal capitalism that rests on identity politics and the China/West, Global North/Global South geopolitical divisions

Overall, both books are about contemporary Chinese queer histories and Chinese cultures; both have a distinct political and activist orientation: they focus on media, cultural, and activist practices in the PRC in the post-Mao and postsocialist era. Many scholars have studied queer ‘mainstream’ and commercial media (such as the dating app Blued) and queer popular culture (such as boys’ love and girls’ love fan fiction and television drama) in contemporary China; they have rightly critiqued political censorship and commercialisation of queer culture.

I, on the other hand, have been fascinated by what queer people do in their communities, with their identities, and for LGBTQ rights. My account of queer history should thus be more aptly called a ‘queer community history’, written from the perspective of a self-identified queer community historian. I have lived and participated in that history, and I identify with the people and communities I write about. I often see my historical account an engaged and embodied queer history. I am not obsessed with notions such as objectivity; I often write my own subjectivity, feelings, and embodied experiences into the history I document. In this context, I am also trying to be critical about the queer history I document and be self-reflexive about my own subject positions. I hope that readers will enjoy reading the two books and become motivated to find out more about Chinese queer histories and cultures.

Hongwei Bao is an Associate Professor in Media Studies, Faculty of Arts at the University of Nottingham. He is the author of Queer Comrades, published in 2018. You can buy the book here or in your local bookstore.