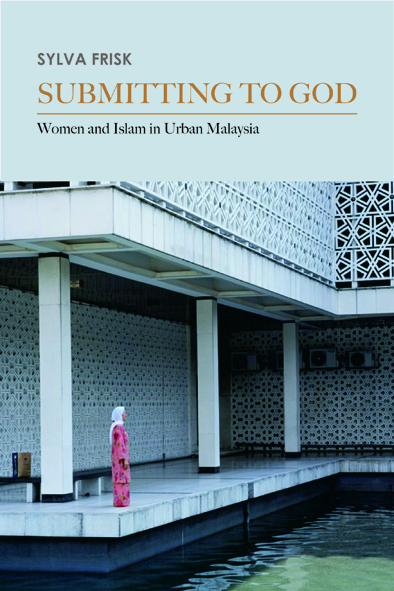 ‘The moral responsibilities placed on young women draw the limits around the multicultural and multireligious society that Malaysia is claiming to be’, claims Sylva Frisk in this thought-provoking entry.

In April 2019, the book Unveiling Choice was launched at the Gerakbudaya bookshop in Petaling Jaya, Selangor, Malaysia. The book caught my attention as it was loudly discussed in social media. The author of the book, a young Malay woman named Maryam Lee, was accused of trying to encourage other women to unveil as well as failing to understanding the importance of veiling in Islam. I ordered a copy which arrived in Gothenburg a few weeks later, neatly wrapped in brown paper and with a personal note from the bookshop wishing me an enjoyable reading.

Unveiling Choice turned out to be a personal narrative of Lee’s journey from childhood experiences of Malay society where veiling was a given, through her religious and feminist search for knowledge, to the decisions to unveil and to share her experiences and her story. Lee describes herself as an “ex-hijabi” and uses the concept of “dehijabbing” to talk about the gradual and, often difficult, process of unveiling. Life as an “ex-hijabi” in Malaysia has had a price in the form of disappointed family members as well as being patronised by mainstream Muslims and accused of false consciousness, for not understanding the religious consequences of her actions.

When I read Lee’s story I am struck by how similar her narrative of unveiling is to the narratives of veiling that I listened to when working on my book Submitting to God: Women’s Islamization in Malaysia. Regardless of the more Arabised vocabulary that Lee is using, her ”dehijabbing” process mirrors the process of “tutup” [to close] that the Malay women that I was interviewing used in the 1990’s. They had started to veil as young women in the 1970’s and 1980’s, a time when the modern Islamization movement was under formation in Malaysia. They were often the first ones in their respective families to use a head scarf. As Lee, they talked about veiling as gradual process and as a learning process. Like her, they searched for knowledge about Islam, they read the Koran, and discussed the practice of veiling with religious teachers before taking the decision to veil. They were challenging the limiting boundaries of social norms and attitudes in much the same way that Lee is today and received negative reaction from society and were also accused of acting from a false consciousness, not understanding the negative consequences their choices would have.

The women that I interviewed described feelings of alienation; of standing out from the crowd; of being the only one at a work place wearing a veil; of being questioned by their families for the way they dressed were a common theme. Minah, who I have kept contact with over the years, had never worn a head scarf until she was in her final year as an engineer student in the early 1970’s. She put the scarf on after a seminar on Islam organised by a group of students. She also changed her jeans and t-shirts into a “baju kurong”, the long, wide, tunic and skirt, which is the standard dress for Malay women today. She remembered that people would stare at her when she walked across campus. It made her hesitate and for a few years she “opened”/unveiled and “closed”/veiled several times before feeling ready to embrace the practice of veiling fully. She also became an active member of an association working to spread the word of Islam.

Did the women in the 1990’s have a choice in how to live their lives? Do Malay women today have a choice? Lee thinks not. The title of her book, Unveiling Choice, refers to the exposure of a false narrative of choice, rather than “the choice of unveiling” as it has mistakenly been interpreted.

On 24 October, 2019, Maryam Lee tweeted that the religious authorities in Selangor (JAIS) have summoned her to assist them in an investigation under section 10 of the Syariah Criminal Enactment, 1995 – “Insults or Bring into Contempt the Religion of Islam” on account of her book.1 The Joint Action Group for Gender Equality (JAG) including Sisters in Islam made a press statement in solidarity with Lee, urging the authorities to stop silencing and judging women who tell their stories.2 PEN International described the actions taken by the authorities as harassment and a threat to freedom of expression in Malaysia.3 As I write this blog post in January 2020, Unveiling Choice is still available at the Gerakbudaya bookshop. Yet, the actions taken by, in this case, JAIS reveal a fear of young women’s bodies and behaviour as threats to the boundaries of a moral community. We have seen it before. The moral responsibilities placed on young women draw the limits around the multicultural and multireligious society that Malaysia is claiming to be. 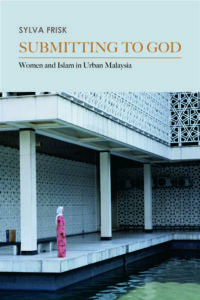 Sylva Frisk is the author of ‘Submitting to God: Women and Islam in Urban Malaysia’ (NIAS Press, 2009).

Performing the Arts of Indonesia