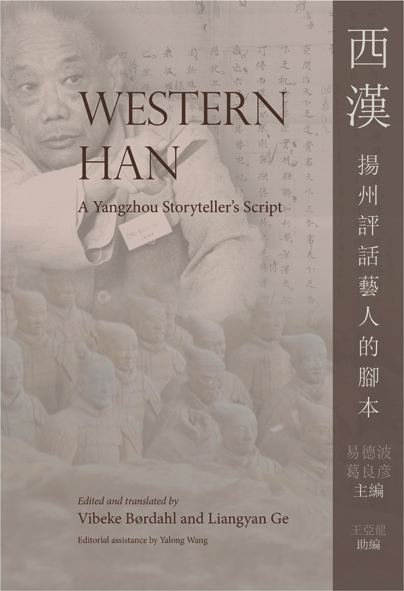 • First publication of a genuine storyteller’s script from a Chinese oral tradition in the original and complete form.
• Unique documentation of the interplay between orality and literacy in Chinese professional storytelling.

This mammoth study is a major contribution to the study of Chinese literature, making available to scholars a rare storyteller’s script from the late Qing period. The script is published in its complete form, both in facsimile and transcription, with an English translation also made. Its publication is of high importance not only to preserve knowledge about one of the famous oral traditions of China, but also as a unique documentation of the interplay between orality and literacy in Chinese storytelling.
The book is also the first translation into a European language of this popular semi-historical narrative. Moreover, this storyteller’s version is unique and entertaining. The work is an ideal classroom book for students studying Chinese history, literature, oral literature, storytelling, etc.

Critical acclaim: ‘This discovery of a genuine storyteller’s script has huge implications for scholars of traditional Chinese literature, since the novel was modeled on oral storytelling and the exact relationship between them has been a subject of ongoing debate. Publishing the full script will allow scholars to use this rare find to investigate many vital questions in Chinese popular culture’ (Margaret Wan). ’[A]n excellent collaborative effort between two of the most accomplished scholars in the study of Chinese oral literature’ (Mark Bender).