Intellectual Input and Political Change in East and Southeast Asia 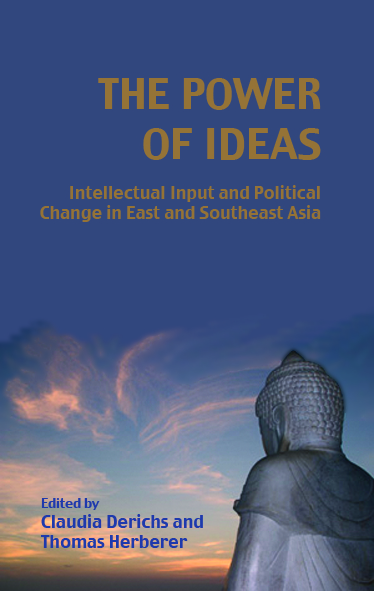 • Brings a new approach to the study of political change in East and South East Asia.

• Demonstrates the importance of political ideas behind policies and politics.

The traditional approach to studying the politics of a region is to focus on events, personalities, issues – the mechanics of the political process. What this volume looks to do is to step back and examine ideas and visions, as well as those who articulate them and/or put them into operation. The contributors thus aim to conceptualize what discourse means for political change in East and Southeast Asia, and how ideas in discourses affect political practice. As well as theorizing on the roles of intellectuals, ideas and discourses for processes of democratization, reform and change, the chapters also offer deep insights into the national and local, into the general and the specific situation of the selected countries.

The volume touches upon three themes. One reflects the relationship of different actor groups – such as the state, NGOs, social movements, and intellectuals. Another reveals the multi-layered structure of discourses, which emerge from different opportunity structures of public discussion and may overlap with regard to certain topics. These differences reflect, thirdly, the various directions and types of change a discourse hints at – incremental change, radical change, ‘customized’ change, patterned change etc. These issues are analyzed in the case of two authoritarian states (China, Vietnam), a multi-ethnic, formally democratic state with strong authoritarian leanings (Malaysia), and two democratic states with significant parochial structures and patterns of behaviour (South Korea, Japan).

Dr. Claudia Derichs has a wide range of focal points, including East and South East Asia, the Near and Middle East, political Islam and Gender Studies.

Dr. Claudia Derichs has a wide range of focal points, including East and South East Asia, the Near and Middle East, political Islam and Gender Studies.