Revisiting a Classical Study from 1950 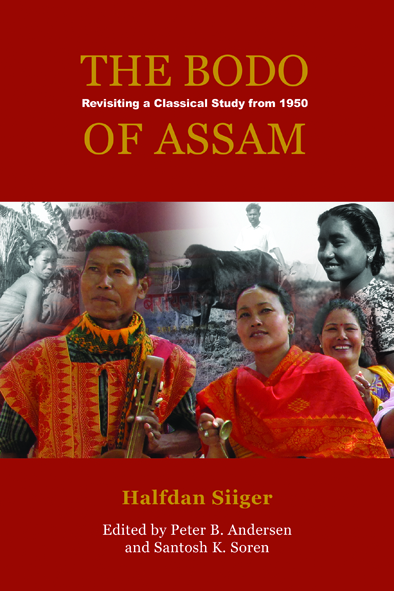 A unique study from the 1950s, previously unpublished, offering detailed descriptions of the social and ritual life of the Boros of Assam and new insights into their traditions and myths. The work is given even greater relevance by the inclusion of archival photos and more recent material contributed by the editors and other contemporary scholars.

• Explores the traditional culture of the Assam’s Bodo tribespeople.
• A significant addition to earlier scholarship on Bodo religion and culture.
• Fills an important gap between current research and old accounts by missionaries and colonial administrators.

The Bodo (or Boros) are one of the indigenous tribal peoples of Assam. During colonial times they resisted Christianization and in recent decades they have been involved both in interethnic violence and separatist insurgencies. Much research has gone into understanding the Boros and their aspirations but an issue has been that earlier accounts of this once-animist people are meagre and date from the colonial period. The rediscovery and publication of the ethnographic material based on fieldwork carried out by Halfdan Siiger among the Boros in 1949–50 is thus hugely important. Siiger’s manuscript is unique, offering detailed descriptions of the social and ritual life of the Boros and new insights into the traditions and myths as they were told in the village he studied before the transformation of religious life in recent decades. Thanks to Siiger’s diligent translation and interpretation, the manuscript also preserves a number of ritual formulas and songs in the Boro language. Siiger’s manuscript is given even greater relevance by the inclusion of more recent material contributed by the editors and other contemporary scholars. In addition, his original photos are augmented by new photos from the village and by rare images from the collections of the National Museum of Denmark.

Buy "The Bodo of Assam" here

Peter B. Andersen, an associate professor in Department of Cross-Cultural and Regional Studies, has long worked on the religious situation in India.