Essays in Honour of Takashi Shiraishi 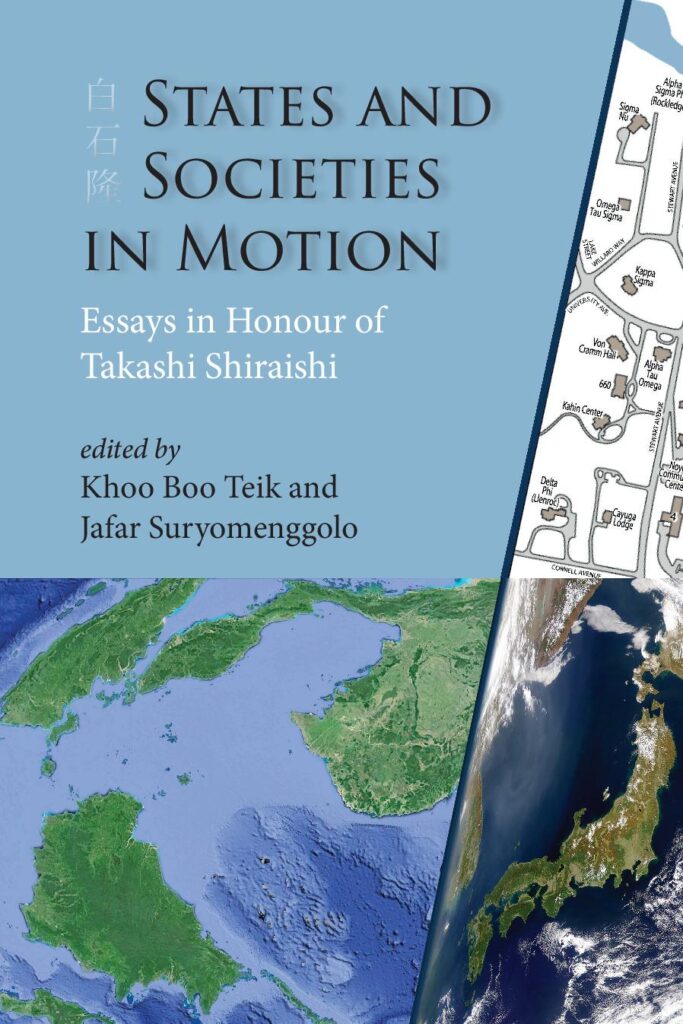 Hardback available worldwide in Fall 2020. Paperback available in March 2021.
ISBN Hardback: 978-87-7694-294-6, £70.00 (September 2020)
ISBN Paperback: 978-87-7694-295-3, £25.00 ()
With contributions from leading scholars in their field, this collection of fourteen essays offers wide-ranging but incisive perspectives on East and Southeast Asian Studies. Apart from informing and enlightening the reader, the essays offer a tribute to Professor Takashi Shiraishi, the renowned Japanese scholar, for his many contributions across continents and disciplines as well as his personal qualities as a long-time colleague, teacher and friend.  Now Professor Emeritus of the National Graduate Institute for Policy Studies (GRIPS) in Tokyo, Shiraishi-sensei has had an outstanding career as a teacher, scholar, administrator and policy advisor, his many roles including Deputy Director of the Southeast Asia Program at Cornell University and president both of GRIPS and the Institute of Developing Economies, Japan. Often with Japan at their nexus, the essays speak to three enduring themes in the research interests that spanned Shiraishi’s half-century career, namely, political movements in Southeast Asia; national and regional politics in China and Japan; and the links between ideology, networks and policies at critical junctures of state formation.  An introduction by the editors reviews Shiraishi’s contributions to many areas of scholarship (these are documented in the back matter, in a bibliography of his publications and writings in English and Japanese). Among authors of the fourteen essays that follow are Patricio Abinales, Chris Baker, Caroline Hau, Peter Katzenstein, Pasuk Phongpaichit and Thongchai Winichakul. In a concluding lengthy interview Shiraishi speaks for the first time, in a frank if light-hearted tone, of his diverse experiences in academia, as student, faculty and administrator, his thoughts on area studies and their connections with official policy-making, and his initiatives for building regional networks of research and intellectual exchange. A festschrift in English being a rarity for a Japanese scholar, this collection offers valuable if indirect insights into the links and influences that have animated a burgeoning community of international academic exchange and expert cooperation. This has been facilitated by Shiraishi’s position, time and again (even if an accidental one, as he likes to say), as a transnational intersection point for colleagues, students and friends in their many various research pursuits. A rich and rewarding collection.

Jafar Suryomenggolo is Assistant Professor at the National Graduate Institute for Policy Studies (GRIPS) in Tokyo. A graduate of the University of Indonesia and Kyoto University, his research interests are on working-class politics and political change in contemporary Southeast Asia.