Practices of We-Formation among Muslims and Hindus in Urban Yangon 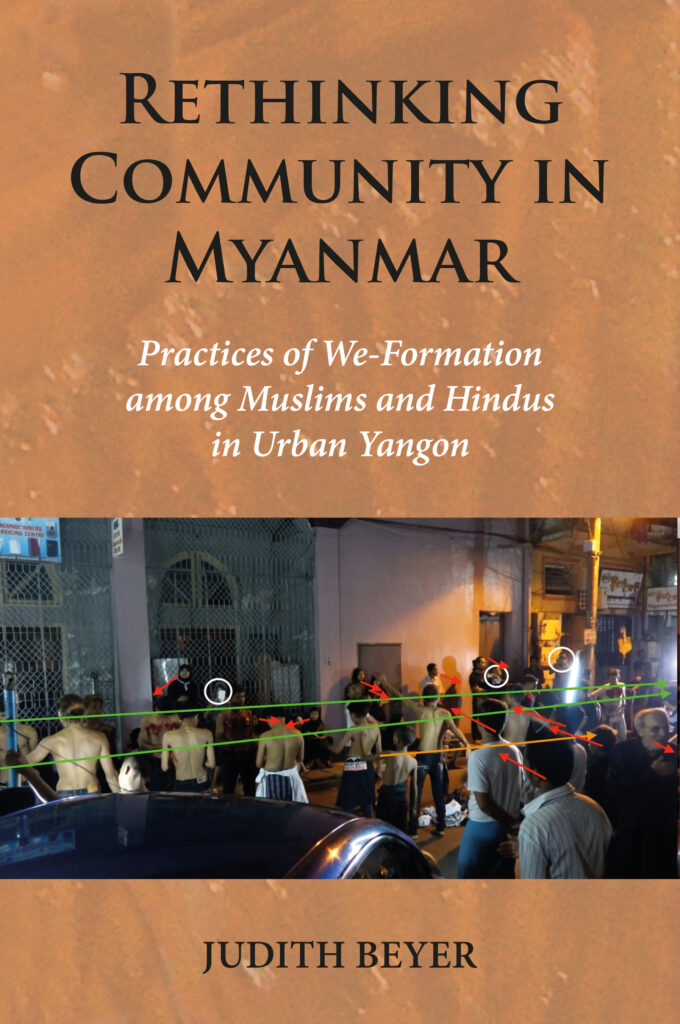 This is the first anthropological monograph of Muslim and Hindu lives in contemporary Myanmar. In it, Judith Beyer introduces the concept of “we-formation” as a fundamental yet underexplored capacity of humans to relate to one another outside of and apart from demarcated ethno-religious lines and corporate groups. We-formation complements the established sociological concept of community, which suggests shared origins, beliefs, values, and belonging. Community is not only a key term in academic debates; it is also a hot topic among Beyer’s interlocutors in urban Yangon, who draw on it to make claims about themselves and others. Invoking “community” is a conscious and strategic act, even as it asserts and reinforces stereotypes of Hindus and Muslims as minorities. In Myanmar, this understanding of community keeps self-identified members of these groups in a subaltern position vis-à-vis the Buddhist majority population. Beyer demonstrates the concept’s enduring political and legal role since being imposed on “Burmese Indians” under colonial British rule. But individuals are always more than members of groups. The author draws on ethnomethodology and existential anthropology to reveal how people’s bodily movements, verbal articulations, and non-verbal expressions in communal spaces are crucial elements in practices of we-formation. Her participant observation in mosques and temples, during rituals and processions, and in private homes reveals a sensitivity to tacit and intercorporeal phenomena that is still rare in anthropological analysis. Rethinking Community in Myanmar develops a theoretical and methodological approach that reconciles individuality and intersubjectivity and that is applicable far beyond the Southeast Asian context. Its focus on we-formation also offers insights into the dynamics of resistance to the attempted military coup of 2021. The newly formed civil disobedience movement derives its power not only from having a common enemy, but also from each individual’s determination to live freely in a more just society.

Judith Beyer is Professor of Social and Political Anthropology at the University of Konstanz. She specializes in legal and political anthropology and has long-term ethnographic field experience in both Southeast Asia and Central Asia. In Myanmar, her research focuses on ethno-religious minorities, community, activism, statelessness and the state.