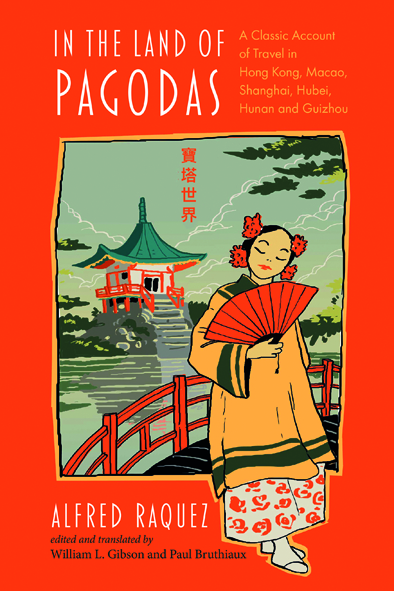 • Takes readers on a vivid tour of fin-de-siècle China in the company of a Parisian boulevardier on the run.
• A startlingly fresh voice from over 100 years ago.
• The first English translation of a long out-of-print and sorely neglected work.

China, 1898: a time of war, intrigue and growing foreign power. Onto the scene comes a Parisian fugitive with a gifted pen and a journalist’s eye. Alfred Raquez drifts from Indochina to Hong Kong, Macao and Canton before falling in with a group of shady entrepreneurs in Shanghai with interests far up the Yuan River. In short order, Raquez sets off on a rollicking voyage into the heart of the lawless Miao-country, pen and camera in hand. The result is a richly recorded adventure told from the perspective of a wandering French boulevardier. In the Land of Pagodas takes readers on a picaresque journey that is as much Moulin Rouge as it is Heart of Darkness, and in its narration reveals much about the derring-do and startling hypocrisy of the colonial enterprise. Raquez’s amazing story is continued in his second book, on his Laotian travels, again translated and edited by Bruthiaux and Gibson, and planned for publication by NIAS Press in 2017.

Buy "In The Land of Pagodas" here

California-native William L. Gibson is a writer, researcher and occasional sound artist based in Southeast Asia.