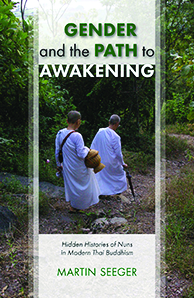 Here, you can read the introduction of the book: Introduction_Seeger_Gender and the Path to Awakening

In this book Seeger lays out the nuances and varying conceptions of female renunciation in modern Thai Buddhism. Centered on long-term textual and ethnographic research on six remarkable female practitioners, Seeger considers trends and changes over the last 140 years in the practices of female renunciants and their devotees. He also investigates understandings of female sainthood in Thai Buddhism, its expressions in material culture, and the importance of orality and memory in Thai Buddhist epistemology.
Supported by interviews and careful study of sermons, hagiographies, and hitherto untranslated and rare Thai sources, this book examines the social backgrounds, modes of expression, veneration, and historical contexts of Thai women pursuing the Buddhist ideal. Rich in ethnographic detail and with additional grounding in foundational Indian Buddhist texts, this book offers new insights into the complexities of female renunciation and gender relations in modern Thai Buddhism.

“Comprehensive and multidimensional. This book will be central not only to the study of Buddhism in Thailand and Southeast Asia but also in Buddhist studies everywhere. It is well written and engaging, and I am sure it will become a classic in the field.”
— Steven Collins, author of Nirvana and Other Buddhist Felicities

“I was thrilled to read this book. Seeger uncovers some of the many untold stories of the active, creative, and influential Thai Buddhist women rigorously engaged in soteriological practice and teaching. He lets the women speak for themselves and thus sheds light on the religious roles of women in contemporary Thai Buddhism while acknowledging
individual and regional differences.”
— Ute Hüsken, Heidelberg University

“Martin Seeger has finally placed the study of female ascetics and monastics in Thailand into its historical context. His use of primary and secondary sources, interviews, and his superb translation skills make this essential reading for anyone in monastic studies, Buddhist studies, or gender and religion.” — Justin Thomas McDaniel, University of Pennsylvania

Buy "Gender and the Path to Awakening" here 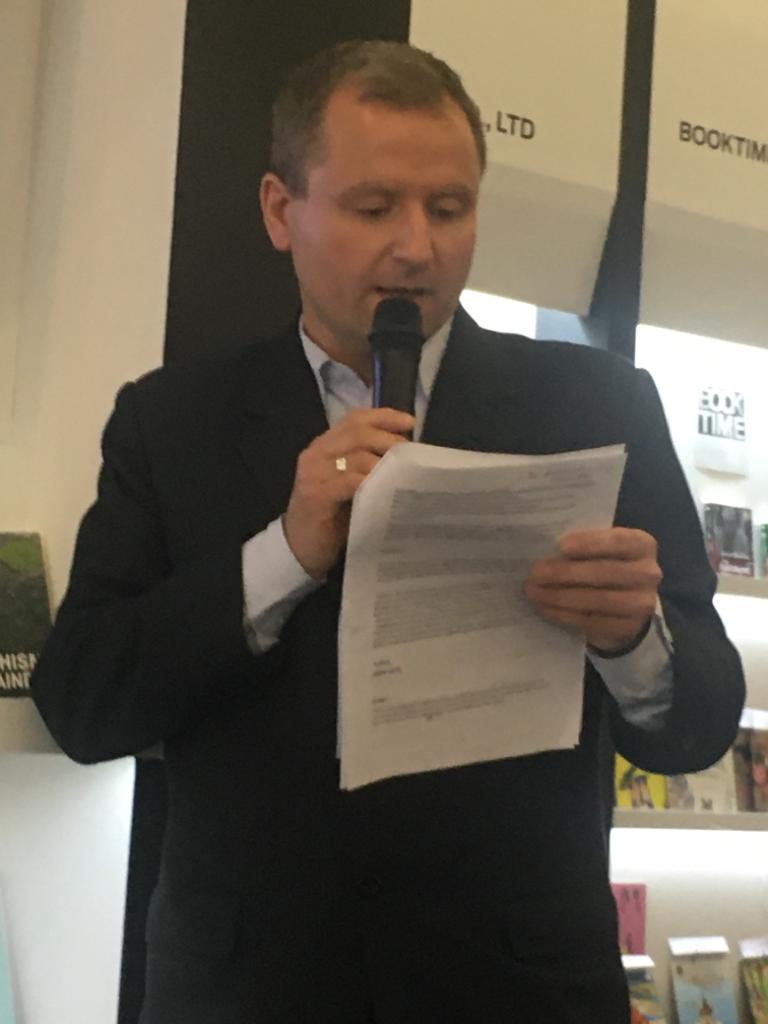 Martin Seeger is Associate Professor of Thai Studies at the University of Leeds. From 1997 to 2000 he was ordained as a monk in northern Thailand. He earned his PhD in Thai Studies from Hamburg University, and his research has focused on Thai Theravada Buddhism and its role in Thai society.

by Elizabeth Angowski
From journal: Journal of Buddhist Ethics
Scholars working in Buddhist Studies, monastic studies, and studies of women and gender in religion or anthropology will undoubtedly benefit from reading ‘Gender and the Path to Awakening’.
Read full review
by Petra Desatova
From journal: Nordic Asia Podcast
Hidden Histories of Thai Nuns with Martin Seeger – Podcast
Read full review
by Soorakkulame Pemaratana
From journal: Religious Studies Review
“This book is a welcome addition to the research on nuns and women in Buddhism. It is an important contribution for the study of material religion, gender and Buddhism, and Thai and Southeast Asian studies, both at the graduate and undergraduate levels.”
Read full review
by Hiroko Kawanami, Lancaster University
From journal: SOAS Bulletin
‘Seeger has conducted meticulous research to uncover their stories and bring these women out of the shadows, by searching for local sources and challenging both the generalized descriptions of female practice and gender relations in Thai Buddhism’.
Read full review
by Sulak Sivaraksa
From journal: Seeds of Peace
‘Gender and the Path to Awakening’ is an impressive and rich work. (…) An eye-opener, I strongly encourage anyone who is interested in how women have influenced the development of Thai Buddhism to read this book.’
Read full review
×
×