Queer Ritual Specialists in Myanmar, Thailand and Beyond 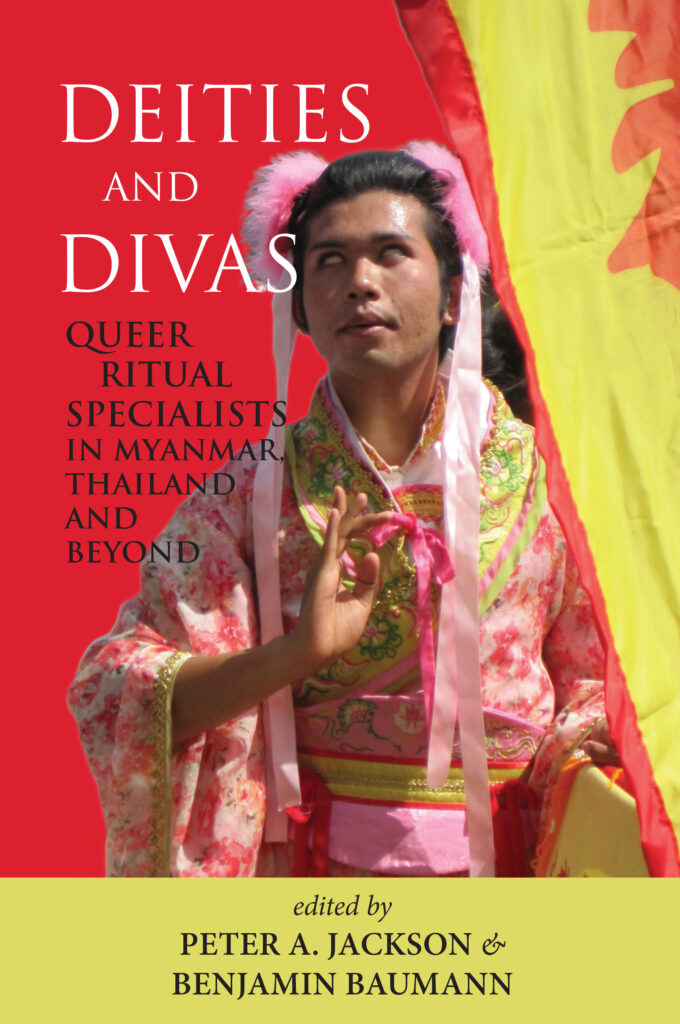 The first book to trace commonalities between queer and religious cultures in Southeast Asia and the West, Deities and Divas details the very prominent roles that gay men and trans women are playing in the spirit medium cults rapidly growing in Myanmar, Thailand and beyond.

In central Thailand, a flamboyantly turbaned gay medium for the Hindu god of the underworld posts Facebook selfies of himself hugging and kissing a young man. In Myanmar’s largest city Yangon, a one-time member of a gay NGO dons an elaborate wedding dress to be ritually married to a possessing female spirit; he believes she will offer more support for his gay lifestyle than the path of LGBTQ activism. The only son of a Chinese trading family in Bangkok finds acceptance for his homosexuality and crossdressing when he becomes the medium for a revered female Chinese deity. And in northern Thailand, female mediums smoke, drink, flaunt butch masculine poses and flirt with female followers when they are ritually possessed by male warrior deities. Across the Buddhist societies of mainland Southeast Asia, local queer cultures are at the center of a recent proliferation of professional spirit mediumship. Drawing on detailed ethnographies and extensive comparative research, Deities and Divas captures this variety and ferment. The first book to trace commonalities between queer and religious cultures in Southeast Asia and the West, it reveals how modern gay, trans and spirit medium communities all emerge from a shared formative matrix of capitalism and new media. With insights and analysis that transcend the modern opposition of religion vs secularity, it provides fascinating new perspectives in transnational cultural, religious and queer studies.

Benjamin Baumann is an assistant professor at the University of Heidelberg. His ethnographic work examines rural lifeworlds, socio-cultural identities and local language games in Thailand’s lower Northeast, focusing on how the ghostly structures the imagination, reproduction of social collectives and communal sentiments of belonging.

Peter A. Jackson is Emeritus Professor in Thai cultural history at the Australian National University. Over the past four decades, he has written extensively on religion, gender and sexuality in modern Thailand as well as critical approaches to Asian area studies. His ongoing research includes studying media and masculinity in Thai gay cultures and religion and ritual in Thai communities affected by HIV.