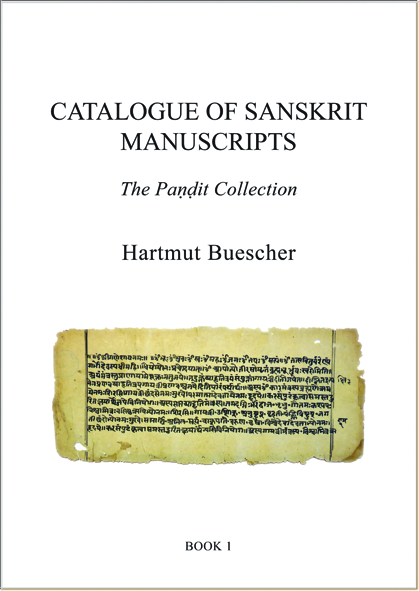 • Essential reference to the Sanskrit manuscript holdings at the Royal Library, Copenhagen.
• Companion to the first Sanskrit volume in the series.
• Detailed entries including physical appearance, transcriptions and illustrations enabling scholars to identify the material.

This new catalogue describes the holdings of the so-called Pandit Collection held at the Royal Library, Copenhagen. A diverse collection of more than 1,200 Sanskrit texts, it comprises codices ranging in length from several hundred folios to a single folio, or a manuscript fragment, often produced by educated (or in other cases by less educated) scribes. The Pandit Collection was purchased in Pune (Maharashtra) in the early 1920s from its now-unknown previous owner by the Danish indologist Poul Tuxen. As its name suggests, it is the Sanskrit manuscript collection of a pandit, a traditionally educated Indian scholar, part of it acquired by earlier generations of his brahmanic family. That makes the collection interesting from cultural-historical and anthropological points of view since it documents the wide range of learning, professional tasks and social functions that were covered by Indian scholars active in the last days of their pre-modern educational and scholarly tradition. Designed especially as an essential source of reference for scholars working in all aspects of manuscript studies, the catalogue includes numerous illustrations (many in colour) that help to identify the texts and give a glimpse of the condition, calligraphic styles and decorative elements of the manuscripts.