New Chinese Migration and the Global Expansion of China 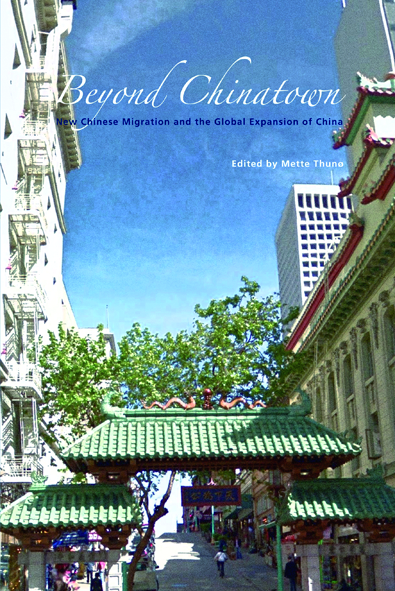 A bachelor society, men brought in by the shipload to labour in harsh, slave-like conditions, often for decades. Aliens despised and feared by their hosts. The hope: to return home as rich men. This was the exceptional and ambivalent nature of much of Chinese migration in the 19th and early 20th centuries - quite different in nature to the permanent migration of families and individuals from Europe to the New World at that same time. But stay, some Chinese did; rough camps and shantytowns became more settled Chinatowns across the globe.

Slavery is not dead. Thousands still leave China for the industrialized world, their freedom and livelihoods in pawn to people smugglers. But China has changed, transformed by decades of economic liberalization and rapid economic growth. Most migrants - both women and men - now leave China for a more promising future and often find ways to bring their families with them. Chinese migration is no longer exceptional, yet distinct.

Today, China matters - all around the world. Both its insatiable demand for raw materials and its flood of exported manufactures affect everyone; distant corners of the Third World that once had never heard of China now have a thriving Chinese presence. And, suddenly, third-generation Chinese who once could not wait to escape their Chinatown now proudly proclaim their ethnic Chinese identity.

Because it opens a new approach to the study of recent Chinese migration, this volume will be of vital interest in the field of both general and Chinese migration studies. But, bringing to life as it does the momentous changes sweeping the Chinese world in all parts of the globe, it will also attract a far wider readership.

Go to author page
by Hui Yew-Foong
From journal:
The China Journal

…this book rewards readers with thoughtful insights on what it means to be Chinese overseas in the shadow of a rising China.

…this book rewards readers with thoughtful insights on what it means to be Chinese overseas in the shadow of a rising China.

‘…this is an informative book in both scope and content.[…]…the book is a must read…’

‘…this is an informative book in both scope and content.[…]…the book is a must read…’