The Cultural Politics of Childhood on Bangkok’s Margins 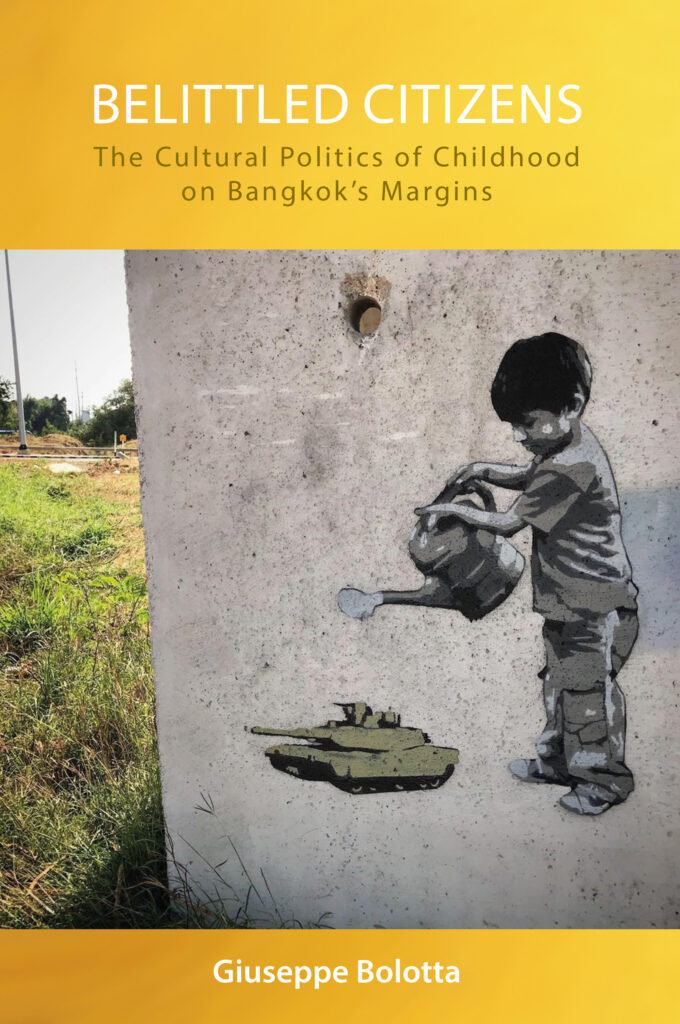 What does childhood mean in contemporary Thailand? What constitutes childhood in a slum? How does childhood figure in the construction of national citizenships? Rich in ethnographic detail, this fascinating, engaging and illuminating study explores the daily lives, constraints, and social worlds of children born in the slums of Bangkok, and their ways of defining themselves in relation to a range of governing technologies, state and non-state actors, and broad cultural politics. It does so by interrogating the layered meanings of “childhood” in slums, schools, Buddhist temples, Christian NGOs, state and international aid organisations, as well as social media.

Giuseppe Bolotta’s analysis employs “childhood” as a prism to make sense of broader socio-political, religious, and economic transformations in Thai society. By examining the competition between different Thai and foreign actors to define and control the world-view formed by these children, he demonstrates how Bangkok slums are political arenas within which local, national and global social forces and interests converge and clash. At the same time, this analysis highlights the roles played by Bangkok’s poor children in processes of social change, considering how young people’s efforts to make sense of themselves in an era of authoritarian rule reflect the broader tensions facing the urban poor in this complex moment of Thai history.

The book shows how “marginal childhoods” and the “cultural technologies of childhood” – schools, religious agencies, NGOs – reflect both endemic inequalities in Thailand’s larger socio-political structure and global transformations in transnational childhood governance. Marginalized young people’s increasingly plural cultural references create space for both existential fragmentation and creative self-reformulation, which provide socially disadvantaged citizens with unexpected religious, economic, and political resources to challenge Thai society’s generational structures of power. Through these arguments, Belittled Citizens demonstrates that “childhood” is best understood in Thailand as a political category that has been fundamental to the military state’s rule and, potentially, its undoing. It also shows more broadly how attention to children, typically excluded from national politics and therefore invisible in most political analyses, has important potential for producing startling insights into contemporary Southeast Asian societies.

Giuseppe Bolotta is Assistant Professor of Southeast Asian Studies in the Department of Asian and North African Studies at the Cà Foscari University of Venice. His research interests focus on the history and cultural politics of childhood and youth in Thailand; development, religion, and humanitarianism in Southeast Asia; transnational governance of childhood; and the politics of children’s rights in the Global South.

Go to author page
by Michael Herzfeld, Harvard University, author of Siege of the Spirits
From journal:
This splendidly original and meticulously documented exploration of the constricted life chances of Bangkok’s slum children illuminates the problems of youth and class in a world shaped by karmic concepts of destiny and hierarchy. Gracefully written and resonant with compassionate insight, it deserves a wide readership.
Read full review