Status, Power and Hierarchy in Bangkok 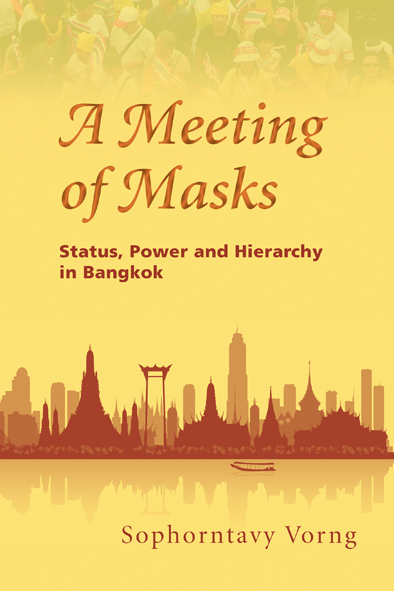 A fresh understanding of the ongoing Thai political conflict is offered in this exploration of the connections between status, space, and social life in Bangkok. Looking beyond the ‘urban–rural divide’, the author points to a more complex reality in which city and countryside are linked by reciprocal relations based on status and class. Everyday interclass relations in Bangkok have seen a diminishment and marginalization of upcountry Thais by the urban middle classes, thus creating an incendiary dynamic exploited in the current political power struggle. At the same time, middle-class culture and identity are shaped by elite perceptions but aspirations for upward mobility are thwarted by structural constraints and a privileging of wealth and connections. Disenchantment is feeding a potentially explosive political situation yet there are few chances for reform while most people feel their only avenue for advancement is via the current system that many perceive as unjust.

Beneath the protest marches, rallies and sieges dividing Thailand in recent times are more subtle pressures that emerge from everyday encounters involving cultural notions of rank and hierarchy. These are the focus of this highly accessible ethnographic study, which ventures beyond the barricades to explore the connections between inequality, space and social life in modern-day Bangkok.

The author argues that the notion of an urban–rural divide obscures a far more complex reality linking city and countryside in reciprocal relations within both urban and national systems of status and class. Global market forces have increased the emphasis on material wealth in contemporary status relations and exacerbated pre-existing inequalities informed by a premodern system of status ranking called sakdina. This has compounded the challenges facing the growing urban middle classes and further marginalised rural and economically disadvantaged Thais.

For Bangkok’s middle classes, pursuing aspirations and constructing class identity involve negotiating a competitive social hierarchy based on status display and conspicuous consumption practices. Much of this is enacted in urban spaces such as shopping malls. Yet, access to opportunities and upward social mobility are often thwarted by an entrenched and unjust system of patronage and elite privilege. The resulting tensions have been exploited to tremendous effect in the ongoing political power struggle.

Buy "A Meeting of Masks" here

Educated in Australia, Sophorntavy Vorng is an anthropologist and postdoctoral research fellow at the Max Planck Institute for the Study of Religious and Ethnic Diversity in Germany. Her scholarly interests include space and politics, consumption and identity, aspirations and status inequality, and contemporary Buddhist belief and practice. She has also conducted research on religion and addiction in northern Thailand.