John Coast’s life story is entangled with the history of the revolution: blockade-running; broadcasting from the besieged rebel capital; advocating for the Republicans to the press and politicians abroad; and having long discussions with president-to-be Sukarno. Later, John Coast and Sukarno’s shared love of Balinese music and dance bore fruit in the famous Dancers of Bali tour of the West End and Broadway, which in turn paved the way for Coast’s career as a leading international theatrical agent for the likes of Luciano Pavarotti, Bob Dylan, Ravi Shankar and Mario Lanza. 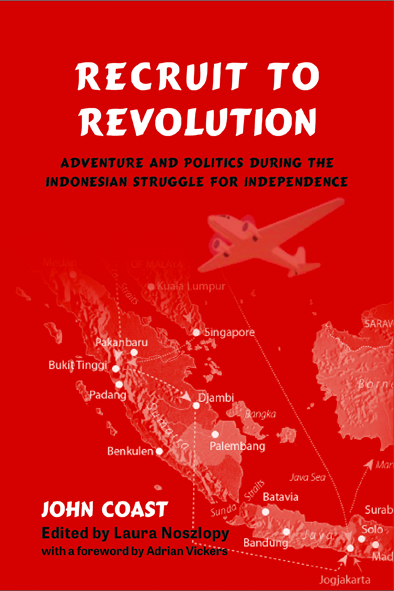 Adventure and Politics during the Indonesian Struggle for Independence